Not an avid movie aficionado, I decided to become a ‘delegate’ for the ninth Pune International Film Festival (PIFF). At Rs 500 per person (other than for students and senior citizens) it seemed a steal as one could watch movies for the entire day (four a day at some venues) – obviously you had to have the stomach for it … And I refer to more than an overdose of movies. It takes quite something to move from theater to theater as the mind is bombarded with expressions of tormented feelings from across the world extending from love, hate, violence, forgiveness, religious extremism and so on. Spoilt for choice we learnt to 'study' the brochure and match it with the schedule and our work and tried to watch as many as possible (11 is the latest score and we have two days to go...)

Not all movies were what we expected but some notable ones were 'Zeppelin', 'On the path', 'The Cherry Orchard', 'Puzzle', 'The Tree' and 'How I ended last Summer.'

One way to know about different places is to physically visit them. For couch potatoes reading Outlook Traveller is a good option. I have just discovered that watching movies from different countries is a good way to see that countryside up close. So do make it a point to visit an international film festival being held in your city... We enjoyed the accompanying Japanese arts exhibition and free sushi at the PIFF 2011!!

The disadvantage is that with the movie overload, we do not have time to savour, introspect and let the movie's thoughts and emotions sink it. So make your choices and enjoy every screening.
I remember a very apt dialogue by the character Matthias Silcher about films in the movie 'Zeppelin', he says they"... make time stand still but also fly past..."

Overall the PIFF was well organised but there is huge scope for improvement if it wants to go places. Buying the passes was a stressful experience. I have not yet fathomed the need for Pan card or electricity bill for the same. Of course as films did not have the usual Censor board certificate and had very explicit content I can understand that organisers wanted to be sure that attendees were over 18 years... The screenings were at several venues across town but we were unable to make it to Fame and NFAI Kothrud. My comments on organisation/actual presentation of the movies are in the table below and are obviously based on shows that we actually watched and feedback of other delegates who regularly attended that particular venue.

Email ThisBlogThis!Share to TwitterShare to FacebookShare to Pinterest
Labels: Around the city in a MH-12..., Consumer is King, Personal Freedom 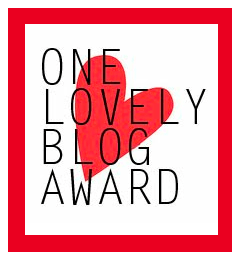